The Evolution Of Mobile Phone Technology 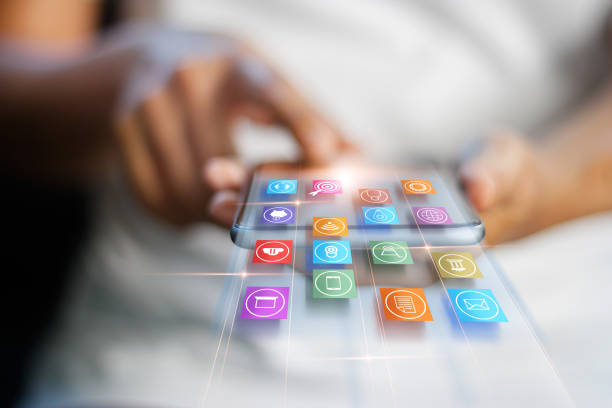 The Evolution Of Mobile Phone Technology

Every month, millions of people worldwide are adding themselves to the mobile phone community. This will go on all because mobile phones are such great devices that using them you can talk to anyone in this world from anywhere, anytime.

Mobile phones provide you an array of feature that you can speak as well as sent and receive data. But, it depends on a model that a mobile phone can contain as many as possible features within. A mobile phone stores contact information of your desired people, sends and receives e-mails, displays you flash news, enables you playing simple games in your free time etc. Mobiles phones integrated with PDAs, MP3 players and GPS system are also widely available. However, only few may know how mobile phones with such integrated features actually work. Knowing the technology, that work behind such mobile phones could sure help you using it extensively. At least a new model is released with newer add-ons every month. If you are in idea of buying a new mobile phone then you also need to be sure about how to buy a mobile phone before your purchase.

At this point, you need to know that the very quite fact about a mobile phone is that its functions similar to a radio. The technologies like telephone and wireless communication been invented more or less in the same period (actually in late 1870’s), soon after these two combined to give us the model for today’s mobile phone. People later started using these radio phones fitted inside their cars and its antennas been mounted on the top. However, because of lesser channels available, more people were not able to use these radiophones. To add, you can compare that day mobile phone to a CB radio or a walkie-talkie to understand it better.

Today, the smarter thing about mobile system is splitting up of an area into smaller cells thus enabling millions of people to use the mobile phones simultaneously. Mobile systems function in a way that within a cell area, at least 56 people can talk on their mobile phone at a time. In another side, to send and receive the tower signals, mobile phones are equipped with low-power transmitters.

Related to technology, its first generation, which used analog signals is called 1G. Digital transmission coming into existence, the number of channels increased which were of 2G mobile technology. The mobile technologies, which were later developed, claimed superiority over the earlier. The current 3G mobile phones offer you unbelievable features like email, stereo sounds and video. In the power consumption part, battery-operated mobile phones normally consume low power and this has made the possibility of having handheld mobile phones.

Another important aspect with the mobile phone is the services offered to the subscribers are of cheap rate. This is because mobile phone system requires a number of base stations in a region to operate its service. But as most people use mobile phones, the cost per user remains low irrespective of large number to based stations installed. A mobile telephone switching office handles all the phone connections and controls the bases stations that function under it.

Anyway, future generation mobile phones are to come which are going to provide us a breathtaking service for both professional use and fun.